It's Only Original Once

Even the collector car hobby can experience a change once in awhile. Witness the growing preference for completely unrestored vehicles. What's that, you say? Why, I didn't even notice that's what the car was. How convenient. 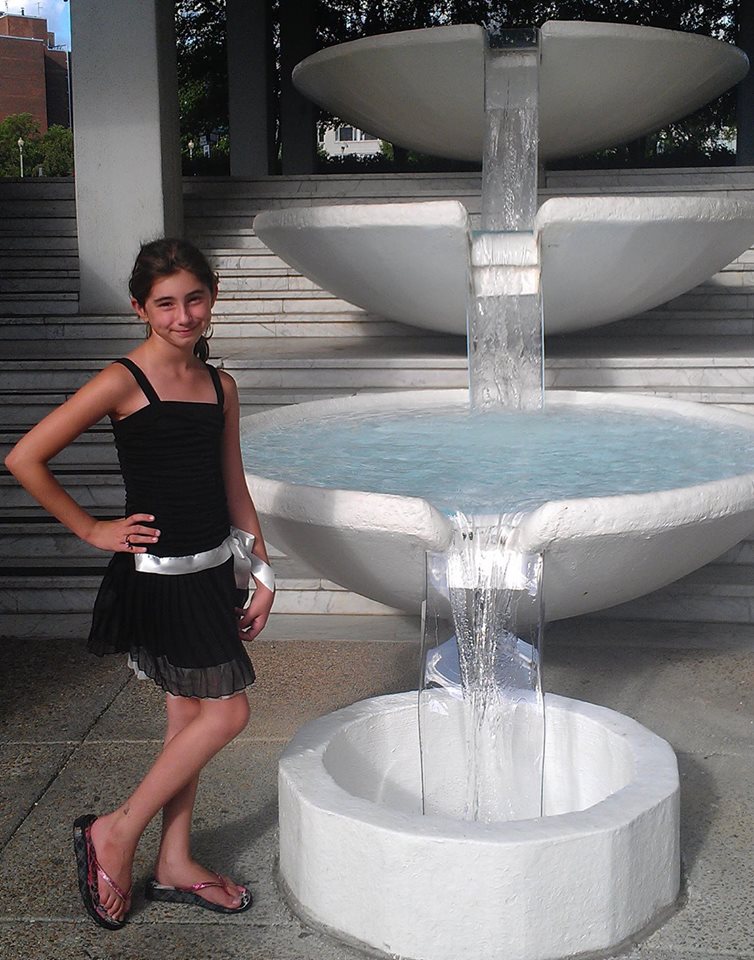 We are doomed! 10 years has passed and our little girl is in the DOUBLE DIGITS!

Scientists have found evidence that the winds on Venus are getting even stronger. I've always known the cabal behind genetically modified food and the conspiracy to deny climate change were up to no good. Now I have proof.

Using (apparently) a drill and a bunch of plastic wrap, scientists have figured out how to make a wall nearly transparent to sound. What I'm interested in is just how many holes does it take, and how big are they? It's plenty easy to make a wall transparent to sound if, for example, there's a hole as big as a bowling ball in it. Doesn't do much for the decor, though.

I Can Haz Linux?

A robotics lab has announced the creation of a low-cost robot that runs like a cat. The military has been fiddling with something like this for a year or two, as I recall, but they've ended up with something big and scary that no doubt costs more than your house. This thing looks to be far less expensive. Hopefully they'll get rid of the tether soon.

Problem: The actress you've cast as Anna Nicole in an upcoming biopic is, well, lacking in a vital bit of anatomy. Solution: Hey, it's not like Anna's were real, either. Advantage, actress: she got to take them off at the end of the day.

Around here, Ellen would be upset if they got it right. Olivia would be, too. Of course, she's ten, so her preferences can be a bit suspect. At least everyone seems to be treating it with a sense of humor. Most of these stories seem to end with the "victim" suing everyone in sight.

Scientists have announced the discovery of a previously unknown Khmer city hidden in the jungle for the past 1200 years. I'm expecting a dark and hungry god to emerge from that vicinity shortly, but that's probably because I have friends who obsess over HP Lovecraft. Nah, it's ok. They're colorful friends!

Our nation's wandering in the darkness has finally come to an end. Watermelon Oreo cookies have arrived. The author is very... enthusiastic... but the overall gist seems to be that they are good, if you like watermelon anyway.

A decade-long study of Cheetahs using an innovative electronic collar is revealing all sorts of new facts about the world's fastest land animal. Even running at a "slow" 35 mph, it's impressive. Maneuvering at a speed half-again as fast is even more so.

A group of scientists are claiming to have finally figured out how marine mammals hold their breath for such incredibly long times. It seems the culprit is a special sort of oxygen-storing protein that in the rest of the mammal word gets too "sticky" to be of much use. In marine mammals, an adaptation allows this protein to leverage muscles as a kind of "oxygen battery."

Arnold Schwarzenegger has announced he's been cast in the latest installment of the Terminator franchise. A Terminator with a cane and a mobility scooter? It's more likely than you think!

And in the "slow news" day file, we have this collection of 40s-era anti-VD posters. "You can't beat the axis if you get VD." Good to know.

Eurocopter has announced a new speed record for rotary-winged flight. Olivia and I saw a demo of one of these at a small air show last year. It was a neat piece of kit.

I guess I really do miss out sometimes by skipping all the commercials. Then again, thinking about all the time I saved not watching them? I'm ok with this.

Dance Like Nobody's Watching
Posted by scott at 06:38 PM

Meanwhile, on the River
Posted by scott at 06:35 PM

A newly-discovered geological feature on Mars seems to be caused by blocks of dry ice sledding down the slopes of hills. No, I don't know exactly what it means, either, but it's happening on Mars. By definition that makes it cool.

Those crazy scientists are at it again, playing with super-cold atoms and making them lean back and forth. Supposedly it all could have applications in super computing, but I think it's mostly just them mucking about with lasers. Not that there's anything wrong with that.

Screech When You Do It

A frog species recently declared extinct has instead proved simply be living in a really awful neck of the woods. Living in a miserable place does seem to be a pretty effective strategy at keeping humans at bay.

Edmunds crosses the finish line first with this, well, "first look" at the Alfa Romeo 4c. Unfortunately for us, and likely for them, they miscalculated the price of the carbon fiber construction, so it now appears likely the price point will be in the mid-80s. This moves it seriously upscale, well past the cars it was meant to compete against. And, of course, it hasn't actually made it over here yet. Ah, well. I'll just have to wait a few years before I can blow some of my kid's inheritance on a used one.

Home, Home on the Range

A new, wide-ranging study of fossil teeth is providing new insight into how our ancestors transitioned from forests to grasslands as their primary habitat. While the article makes it sound like this is all very new information, the transition from woodland to savannah has been widely acknowledged since at least the 1980s. What this mainly seems to have done is refine the timeline, give greater information on how many species were out there at any given time, and exactly what they ate.

What better way to start a Monday than a look at a few iconic landmarks as they were being built? I didn't realize the St. Louis Arch was such a comparatively new construct.