Exactly how that last guy avoided being squashed I'll never know. When I was young and reckless I used to stand at the edge of the platform. After a few graphic LiveLeak examples of what happens when someone gets run over by a train, I stay well back until the door opens.

Google is at it again, this time coming up with something that looks very much like an Apple TV killer. I've been trying to figure out how to stream Netflix from my PC to my TV ever since I read that's the best way to get digital sound out of the thing. It'll beat running a wire all the way from my laptop, at the very least.

Is that my new rental car, or are you just glad to see me? My luck, it'd be some retired Wal Mart greeter or something behind the counter that day.

One of the first benefits from last year's mega-auction of Star Trek memorabilia is taking up residence at Space Center Houston. Is it enough to brave the infamously muggy Houston summer? Are you kidding? Of course not. But there's always winter, as long as you can figure out which week in February it happens to land on each year.

Hey, there are advantages to owning your own space taxi, ya know? Olympic torches have always been designed to stay lit no matter what. It'll be interesting to see what sort of extremes they go to to keep one going in hard vacuum.

A new study has concluded that humans probably evolved social monogamy as a defense against male infanticide. Not just humans, but other higher primates as well.

Dead Cats, or Not

Scientists have worked out how to manifest quantum effects on ever-larger objects. I think. Look, it's quantum mechanics. If it was easy to understand, we'd all be doing it.

It's cool enough that everyone you work with shaves their head to show solidarity with your son undergoing cancer treatment. It's even better when the famous guy you're working with does it, too. For 89, George looks pretty good. 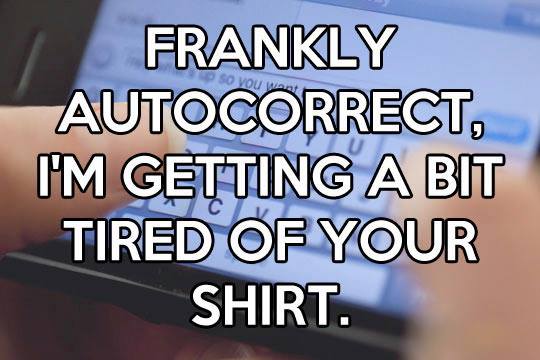 If enough people push together, they can do remarkable things. The gap on Metro here in DC can't be much more than a few inches wide. Either Japanese trains just have bigger gaps, or maybe she actually just got a foot caught or something?

Not news: nerds build elaborate costume for Comicon. News: nerds in question are led by Stan Winston. I can just barely make out where the operator "lives", but only by staring at it really hard. The servo noises seem obviously fake, and it looks to be as much puppet as it is robot. I can't imagine walking around in it for any length of time. Must be some sort of weightlifter they have in there.

When Shopping Carts Attack
Posted by scott at 08:01 AM

It's all fun and games until the utility pole comes through the windshield. Doesn't seem to have killed the driver to death, but I can't help but think injuries were involved.

It may not make for a very good movie, but our military is probably better prepared for a giant monster attack than you would at first think. I once ran the numbers on one of those penetrating bombs and, if the aero calculations were correct, when dropped from about 60,000 feet it hits the ground at well over Mach 2. Yeah, I think that a ton of explosives moving twice the speed of sound would take one of these things down quite nicely.

A new study is claiming that all the gold on Earth may have been created by stellar collision-explosions. The conclusion seems to be a by-product of a gamma ray burst study trying to explain the origin of the "short" ones. Apparently as much as "10 moon masses" of heavy metals can be created in such an event. So maybe the stuff you're made of isn't from a supernova, but instead a collision no adjuster in the universe can give you an estimate for.

As with most things after the lights are turned on, Disney's haunted mansion has a completely different look when they need to work on it. Personally, I like seeing how it all works, but I get it if other folks don't.

Ever wonder what it'd be like if you dropped a propane cylinder into a fire? Our Russian friends are on the job! They're right, you definitely want to take a look at the second, longer video. Also keep an eye out for the opposite lane traffic that eventually just decides to turn around while still in the lane and go back to find another exit.

Making the rounds: a New York rabbi has been accused of impersonating a police officer multiple times as he pulled over people who upset him in traffic. Yes, he was recently hospitalized for mental health issues. Very perceptive of you!

Captain Obvious on the Spot

Stop me if you've heard this one: setting land speed records is dangerous. Meh. He knew the stakes, and he didn't hurt anybody else.

Scientists have announced the discovery of the oldest known calendar. The collection of holes was found on the grounds of an old Scottish castle, and provide a lunar calendar as well as a fix for the winter solstice. At ten thousand years, it's "thousands" of years older than any previously known calendar. Looks like even ancient man needed an alarm clock.

A Kind of Blue

A nearby exoplanet has given up a new secret. Raining molten glass is certainly a novel sort of weather. I wonder what sort of umbrella might be useful against it?

Highway to the UCAV Zone

Today's historic UCAV carrier landing wasn't completely without a hitch. Still, a hand-off error isn't in the same league as, say, the robot trying to land on the fantail or something like that. You'd think this would all be sequestered into a closet or something, but the ways of the military are strange. And expensive.

A new probe purpose-built to map the edges of the solar system has revealed the fringe appears to be shaped like a four-leaf clover. Of course there's no practical value to the research, other than a certain "wow" factor and the fact that it keeps nerds busy. And what's wrong with that?

Servin' with a Turban

So, should religious restrictions on personal appearance trump military restrictions on the same? One retiring US Army Major says yes. There are some "thin-wedge" issues that might need addressing (I could definitely see some enterprising rednecks forming yet another "church of cannabis" variant to leverage any new regs), but in principle I don't see a problem.

Hot on the heels of (last time I checked anyway) solving the mystery of gamma ray bursts, scientists have now found yet another mysterious and massive sort of intergalactic energy bursts. Well, they have to stay busy doing something, ya know?

Another year, another attempt by Fuller Torrey to scare you about cats. He's been trying to prove a link between mental illness and cats for at least twenty years now, and keeps coming up empty. As noted the last time around, your cat may in fact be making you crazy, but it has nothing to do with its poop.

Meanwhile, in a Parrot Cage
Posted by scott at 04:06 PM

Another day, another note that you need to keep your infant sleeping on its back. Normally, though, flat-spotting is caused by a brake bias problem.

The oldest definitive evidence of flowers being used to decorate a grave has been discovered in Israel. No, it's not the neandertal stuff you read about in high school. Instead, this representative of the "Natufian" culture, about 12,000 years ago.

Discovery: proteins responsible for our ability to taste are actually found throughout the body, and neutralizing the ones in mouse testicles (stay with me here) render those mice sterile. Headline? Testicles have Taste Receptors. Which, now that I think about it, is factually true, and it definitely got my attention. Geeze it's like these headline writers are good at their job or something.

Wait here while I get my checkbook. the "world's most valuable Alfa" is heading for the auction block. This one was once driven by none other than Tazio Nuvolari. Dude, it's called Wikipedia, you go look him up. Anyway, the article claims it's been restored, although by the looks of the thing it was a very "authentic" restoration. Coming to a vintage race near you!

It's all fun and games until the rocket tips over and heads for the ground. Usually there's a range safety officer who'll blow the thing to bits before it gets the chance to come back down, but maybe it all happened too fast for the guy to react. At any rate, seems even good ol' Russian hardware will fail, on occasion.

My God, Martha, there's booze up in them galaxies. There's some sort of quantum something involved, and they got it to work in the lab, and when I read the article it seems like maybe it's about alcohols getting destroyed rather than created. Physics is hard.

A new anatomical study is claiming to have figured out why humans are so good at throwing things. Turns out our upper bodies didn't only evolve for holding tools. It also evolved to toss them. It's nice to see an article that talks about something we're good at, instead of how much better some other species is. Go humans!

Thank You For Flying Robot Air

A research project involving the automation of civil aviation flights has triggered a new round of hand-wringing. Considering that the FAA won't even let long-established unmanned UAVs fly in civilian airspace yet, I'm thinking it'll be quite some time before we have "solid cockpit" airlines. But I've been wrong before. You go first.