File this one under "those crazy 60s ideas:" NASA tried to create a massive radio antenna in space by dumping millions of tiny copper wires into orbit. Fifty years ago there wasn't all that much to run into out there, so it probably wasn't as dangerous as it sounds. Some of it is still out there.

As if there weren't enough problems just getting to the damned place, it seems Europa might be too "prickly" to land on. They haven't been directly observed just yet, but the indirect evidence seems pretty strong.

Personally, I think this says more about the quality of mainstream outlets than it does about the habits of the general public. And that always seems to be the pattern: a new form of communication is created, and people pretty quickly start using it to get news.

You have to wade through a bizarre intro to get to it, but it seems that nature worked out how to evolve functional gears a very long time ago. Of course it'd be in a bug. Most everything really clever in natural engineering happens in insects, it seems.

Let's just say I'm glad guys aren't typically invited to baby showers. And I don't eat cake all that often, either. Meh. Your money, your party.

I'm OK with This

Must be a slow news day: the Wall Street Journal seems shocked to find out employers are using technology to keep tabs on their employees when they're on the clock. If you're using a cellphone I'm providing, driving a truck I own, you're damned right I'm gonna be interested in what you're doing with and in them. Now, I do think the other trend--tracking private activities like facebook or requiring personal passwords--is unconscionable. But this? This I'm ok with.

Leave it to the Scots to come up with a beer that's stronger than most whiskeys. And yes, in case you were wondering it'll probably catch fire readily. I guess we can now add "potential motor fuel and cleaning agent" to the things beer can do.

Home owner: "Damn these stupid drivers, I'm stopping them ending up in my lawn once and for all."

There's a house in Arlington that's literally at the top of the west-bound Glebe Road exist on I-66. We've always wondered how many cars have ended up in their yard over the years.

A study of tooth enamel may be indicating that our ancient ancestors either used medicinal herbs, or ate the stomach contents of their kills. Nah, doesn't sound very tasty to me either. But I think one of the reasons people succeeded back in the day was they learned to eat absolutely anything that could be eaten.

Our long national nightmare is over: Facebook is allowing graphically violent video content to be shared again. I visit LiveLeak regularly, so it's nothing I haven't seen before, but it's yet another reason Olivia won't be getting unsupervised internet access any time soon.

It's all fun and games until the other person won't answer you back. Comedians who use cruelty to make the joke work don't do much for me, and this is no exception. Still, it does show me that my wife isn't the only one who flips out completely when someone doesn't reply to their texts.

And now, monkeys trained to look like people, right down to wearing masks to seal the deal. I wouldn't had that my money because I'd be too busy screaming and rolling the window up. Or, better yet, not roll down the window at all.

It's come to this: a bacon beer milkshake. The liquor gang has had the 'sweet frou-frou drink' market all to itself for too long.

New imaging techniques are allowing scientists to reconstruct ancient life forms in ever-greater detail. Plus they get to create really nifty neural diagrams of critters so old nobody's sure who, if anyone, is directly related to them.

For most of us, discovering a worm living in our mouth would result in frantic calls and doctor visits. This guy isn't most people. Meh. It's his mouth, it's not like I'm kissing him.

If all else fails just grab its tongue. See, I avoid this altogether by living in this thing they call "civilization." It greatly reduces my chance of getting eaten by a bear. Getting run over by Buffy the Cellphone Slayer? Well, there's always tradeoffs in any decision.

It looks like we're getting ever-closer to a real Six Million Dollar Man. I still say we all need to fine The Guardian every time they use the word "boffin." I mean, really.

Look, I'm just saying if "more prone to sexual cannibalism" is part of a personality profile, that's probably not someone I want to know.

Smile for the Camera

Now, my politics says I can't condemn this, because it doesn't violate the Three Rules*. However, can I get a, "EWWWWW!!!!" from the crowd here?

Every time I think the movie industry can't get any more self-absorbed they go and prove me wrong again. Here's to hoping the movie has an art-house sized release, because explaining to my 10 year-old why these people look funny is a job I'm not much in the mood for at the moment.

Your Daily Squee
Posted by scott at 07:24 AM

It seems women have been in charge of what goes on the walls for a very, very long time. The claim is, of course, contested, and to be honest I'm not sure he really has adequately explained how this doesn't represent teenaged boys.

It's all fun and games until you notice what's happening on the hood of that car (SFW). From what I'm reading in various comments, this sort of thing is much more common than you'd at first think. 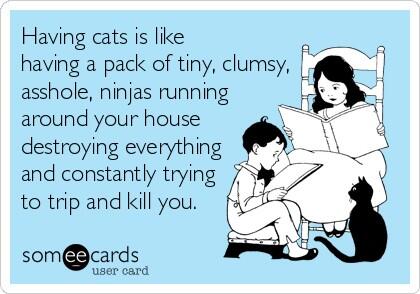 Samsung has unveiled a smartphone with a curved screen. Oh, and a thousand dollar price tag. While interesting, what everyone seems to be looking forward to is fold-out displays that start small enough to fit in your pocket but that can unfold into iPad (or larger) sizes. Living science fiction! 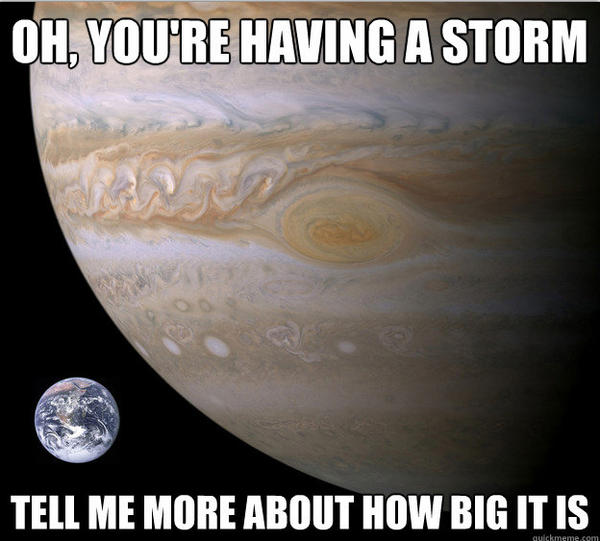 Letter to the Editor

Dad to daughter: STFU & GBTW. I'm not sure making such a big splash about what is a very private family matter is a good idea, but I do agree with the spirit of it. I can remember when a TV comedy that included an openly gay character had to be prefaced with a very stern "adults only" warning. Nowadays my daughter and I consider Modern Family one of our favorite shows. What's that? Sophia Vergara in a tight dress? Oh, hush. I'm trying to make some social commentary here!

Fears that Pluto's atmosphere may freeze and precipitate onto the ground before New Horizons gets there seem to be overblown. The article also seems to imply that, while Pluto isn't really a planet in the way the eight in our solar system are, it's not really an overblown comet nucleus, either. I guess what it is will have to wait for the fly-by, and various new grants that data will need for proper analysis.

Scientists have announced a nuclear fusion experiment has "broken even" for the very first time. No, it's still not putting out more total energy than it's putting in and yes, they're still saying "real" fusion is 20-50 years away, but HEY! Look at all those shiny toys!

A pink Lamborghini, with Richard Hammond at the wheel? It's more likely than you think. 'Scuse me, just a little dusty in here, that's all.

A relief carved into the base of an ancient tower has allowed archeologists to date the founding of an ancient Italian city right down to the day. Bonus: the reliefs are penises that connect (ha!) the city more closely to the emperor Augustus than was previously understood.

I Shall Call Them "Boobie Romeo"

Wow! Look at those cars! No, actually, I've never been accused of being subtle. How'd you guess?

What was previously thought to be a giant impact basin may in fact be a supervolcano that destroyed the Martian atmosphere.

Coming to a campsite near you: a phone charger that works using the excess heat of a campfire. Of course, having power doesn't mean you get a signal, as we found at our last camping trip.

The discovery of ultra-rare fossilized pollen has pushed the origin of flowering plants back 100 million years. Flowers are widely seen as having evolved as a response to dinosaur predation. So, next time you see a pretty flower on a tree, remember it got there because of the dinos!

And now, hornets as big as the palm of your hand. And yep, they're big enough to kill people with their sting. Strangely, they don't live in Australia.

If you thought putting an F-1 car together might be pretty neat, you're right. A carbon fiber (or "fibre") gearbox sound pretty darned spiffy.

NASA space probe Cassini has found the building blocks of plastic in Titan's atmosphere. No, I don't really know what it means either, but dude. Plastic on Titan! How cool is that?