When Condoms Jump the... Nevermind...

So, is this a rubber too far? Meh. If it means you and your partner have more fun, why the hell not? Just no pig jokes, please.

A German scientist is claiming to have solved an intriguing riddle about some geography you've never heard of. Well, I'd never heard of it, at any rate. And, really, that's all that important.

A new Cassini study has found evidence that Saturn's rings are as old as the planet is. The article doesn't make it clear (to me anyway) what real evidence they've found, but I think it's safe to take their word for it. For now.

If you think life on one of the world's busiest waterways will always be interesting, well, you're right. Dhows have been wandering around that area's oceans for nearly three thousand years. They'll probably still be doing it three thousand years from now.

Postcards from the Show

It's sometimes good to be reminded folks from the wild n' wooly '60s are in their 70s nowadays. And that, for at least some women, liberation was very liberating, indeed.

Meanwhile, Kraft is trying to get Jews to eat more cheese. No, I'd never heard of the stuff, either. But I'm not a Jewish New Yorker, so I don't think I was expected to. Slow news day? You haz it!

Scientists at the University of Texas have created yet another kind of invisibility cloak. It takes awhile for them to admit it, but eventually they come clean and explain it's a cloak against radar, not visible light. Still likely to be useful, but far from something Harry Potter would find handy.

The prostitute that gave infamous serial killer Joel Rifkin AIDS has been identified. Well, her head's been identified, at any rate. Yeah, it didn't end all that well for her. It seldom does, for streetwalkers.

A new scientific survey has found Washington DC full of methane, to the surprise of absolutely no-one familiar with that city's decrepit infrastructure (or its government). I will admit, though, to not seeing any stories about manhole cover explosions, actual, in quite some time. I must be reading the wrong news sites.

Lest you think the American Dream is well and truly dead, here's a reminder that it can still come true. I'd never heard of "Nasty Gal," (hint: it's a line of clothing, not a "sexy tyme" site), but I'm not exactly their target demographic, either.

There's car wrecks, and then there's put your car four feet up the wall of a house car wrecks. No word if alcohol was involved. A twenty-something guy in a fast, red car doesn't need anything as dangerous as alcohol to pull a stunt like this.

It looks like your next super-battery may be made in a DVD player. Sort of. I remember hearing about graphene's capacity (ha!) to story electricity some time ago, but the article itself is quite recent. Cheap power storage, FTW!

A new study of volcanic rocks has confirmed at least one mass extinction event was caused by massive "flood basalt events". In other words, a metric buttload of lava. I think then going on to claim that all mass extinctions are caused by volcanism seems a bit much, but I'm not a geologist, or paleontologist. But, hey, if it keeps the grant money flowing have at it.

A new deep-sky observation has revealed the universe is 100 million years older than previously thought. It's also expanding a little slower, has a little more dark matter, and a little less dark energy. But you knew all about that, I'm sure. 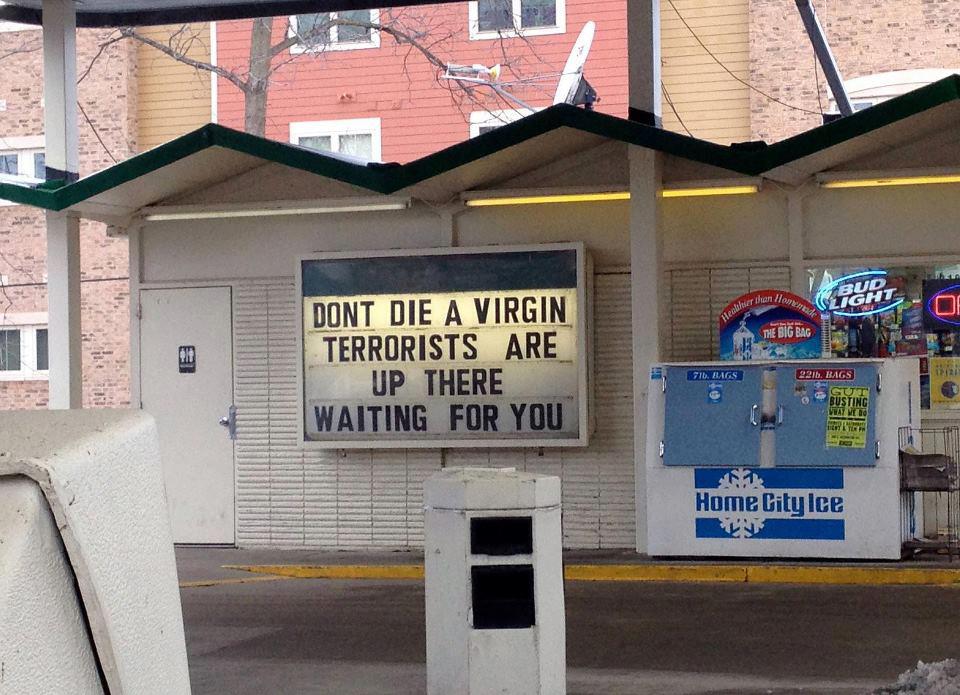 Those of you occasionally confronted with someone who insists "evolution has never been observed" now have another arrow for your quiver. Those of you who think a 60 mph armadillo is inevitable will also be pleased.

In the "didn't see that coming" file, we have the story of Herman Goering's brother, and his path toward being recognized as a hero of Israel. Stories should be told, and memories preserved, to remind us that even in the depths of evil, good can be found.

A new study that utilizes the Antarctics South Pole Telescope has discovered the universe was vigorously producing stars shortly after the Big Bang. In other news, the South Pole has a telescope, and (apparently) it's not just an old tube sitting on a tripod.

The latest idea for the extinction of Neandertals is (spins the wheel o' death)... big eyes. Me, I still think a gradual out-compete combined with interbreeding with modern humans did them in, but I'm no scientist.

The more you know: gold deposits form when deep earthquakes rip the crust apart so fast the subsequent "flash boil" of fluid causes the mineral to fall. Which is to say, the Earth sharts, just like you and me.

Was that wrong? Should I not have said that?

As with guns, when misbehaving, always be aware of what is in front of AND BEHIND you (SFW). I've always gone with the assumption that my work computer's internet connection is monitored, and browsed accordingly. I'm pretty sure it's actually not, but why take the chance?

A cheap lens, some double-sided tape, and a flashlight can turn an iPhone into a microscope. True, it doesn't seem to be particularly powerful, and it mostly is used to take pictures for "stool samples." But, hey, if it helps de-worm kids, it's all good.

Scientists have discovered a puzzling, unknown gas high in the atmosphere of Titan. Whatever it is has a spectrum very near methane, which is why it hadn't been spotted before. A leading candidate is something called polycyclic aromatic hydrocarbons, a well-known substance who's name translates to "reporter copied this out of the press release."

Only hours after electing a new Pope, the Vatican has announced it will be digitizing its entire catalog. The collection is enormous, so the project's expected to take most of a decade. It wouldn't surprise me if such an effort led to new discoveries. The Vatican library is also incredibly old, so it's nearly inevitable that there are mis-filed and forgotten stuff in there.

Coffee Made From Snow

Well, if this is what North Koreans believe, no wonder they're so weird. The tone, content, and bizarre asides jibe well with what I've read about the place, so I'm leaning toward calling it "legit." Just how many North Koreans actually believe this stuff is hard to judge. And if they have to pay to see it, or need a TV, it really won't matter as the vast majority of Best Korea's citizens can afford neither.

The Mother of All Highlight Reels
Posted by scott at 03:22 PM

Not that I've seen all that many notes on it yet, but in case you see a note about "life in space," it looks like it isn't. Then again, just because a scientist is really a nutball and the journal that published his paper is probably run by a guy in his mom's basement... well, ok, you got me. It probably sucks.

A new study of animal bones in ancient homes is suggesting Nendertals may owe their extinction to an inability to "prey shift." It seems that, as megafauna gradually disappeared, early modern humans shifted to rabbits, but Neandertals didn't.

I dunno... I think I'm calling "shenanigans" on this one. Mostly because I can't think of any position I can accidentally get myself in that would result in a junk-ectomy and NOT cut something else off with it. There have been cases in the past of dumb guys injuring themselves attempting a clever wank. Not saying that's what happened here, but it definitely seems fishy.

"Do you think we need to strap this bridge down more?"

"Nah. It weighs tons. It's not like anything's gonna shift it."

Not content with the various broken bones and dislocations they provide separately, someone has combined the pogo stick and the scooter into a single device. Sometimes I'm happy to say "I'm way too old for that s-."

New radar data from the MRO has revealed much deeper, and younger, flood trenches on Mars. At five hundred million years old, young is a pretty relative term here, but the rest of Mars's water evidence seems to start at a billion years ago. For comparison, on Earth creatures were just barely making their way onto land around the time this flood happened.

When Idiots Attack
Posted by scott at 10:51 AM

If you're traveling to Central Florida this summer, don't miss the new Shuttle exhibit. This time they're hanging it from the ceiling, tilted, with the cargo bay doors open. It looks like visitors will get a lot closer to it, too. Much better than the "parked in a garage" exhibit we have over at Udvar. Of course, I'm pretty sure the Smithsonian didn't have 100 mil to blow on the exhibit, so there's reasons why it's shown off that way.

Hey! Guess what? Running barefoot can cause injuries! Actually, not QUITE as "captain obvious" as it would at first seem, but I think it's pretty close. This has that "Mac vs PC Holy War" sort of feel to it, and since I got no dog in that hunt, I'll just throw it up here, let anyone else who cares take a side.

What better way to pass the day than with a brief summary of current thinking around the Permian mass extinction? Me, I'd put money on the "everything going wrong at once" square. It's the only way to be sure.

Not news: dead camel. News: an ancient, mummified camel found in the Arctic. The genetic analysis has revealed it was much more closely related to modern versions than expected, indicating the grumpy beasts likely evolved in freezing conditions, not blasted deserts.

In the "not-sure-if-serious" bin today we have news that Taylor Swift was probably inducted into the Illuminati during the most recent AMA's. Because, when I think of how new members join secret organizations, a performance at a live, nationally broadcast event is definitely top of the list.

Little known fact: the dead have no right to privacy. So, when someone famous kicks it, go poke the FBI with a FOI request. Unfortunately everyone else alive still does have a right to privacy, so the files of people like Whitney Houston will be redacted all over the place, but it still gives a "peek inside."

The crap you discover, trolling Wikipedia: On this day, not quite 100 years ago, the collier Cyclops disappeared without a trace. It remains the single largest loss of life in U.S. Naval history not directly involving combat, and it happened in the Bermuda Triangle. Two of its other four sister ships also disappeared in the Bermuda Triangle. The fourth was converted into the nation's first aircraft carrier.

So, in a genuinely bizarre twist of fate, every aircraft carrier the US has ever built is connected to a place where things are supposed to vanish without a trace.

A finer metaphor for the Federal Government simply could not exist...

If this report is to be believed, the mysteries of quantum mechanics may be getting at least a little less wacky. There's definitely something about light polarization in there, and the obligatory reference to that darned cat. You're smarter than me. Go look and tell me what it means.

A new man-made material is pushing the bounds of high-temperature superconductivity. Just exactly how high, the article doesn't specify. In fact, a careful reading seems to indicate whatever they've made isn't directly superconducting, but rather provides insight into the behavior of magnetic fields which could lead to new superconductors. Oh, and the stuff sounds like it's really expensive, too. 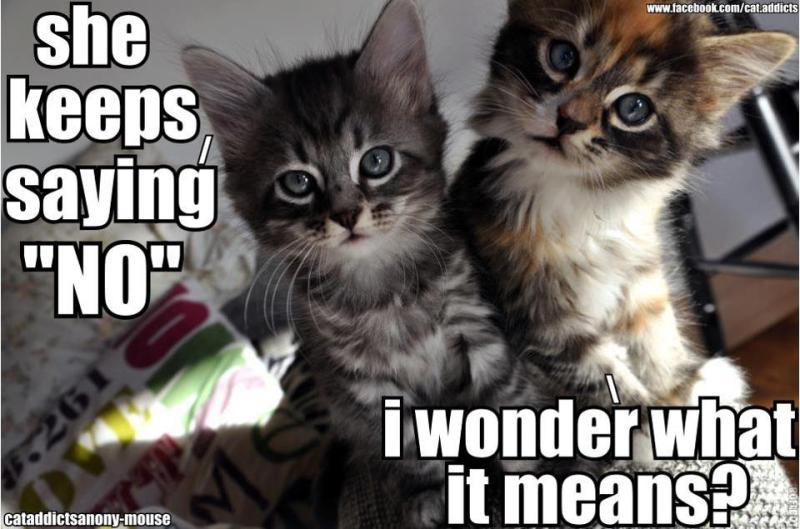 It turns out you really can float around under an umbrella. For a brief time, anyway. With a really big umbrella. Just because it's shaped like a parachute, doesn't mean it'll act like one.

Meanwhile, in Russia
Posted by scott at 05:19 AM