~ Hey, Johnson, Whaddaya Say, We all Wanna Know What You Did Today ~

I decided to take on one of the most feared of home improvement monsters... the

The target: Our garage closet, the most poorly used space in the house. 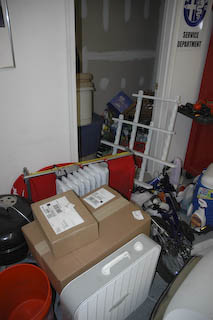 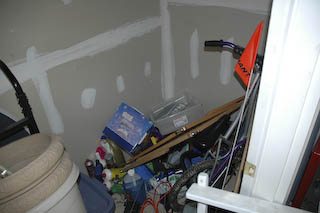 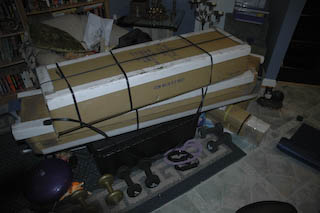 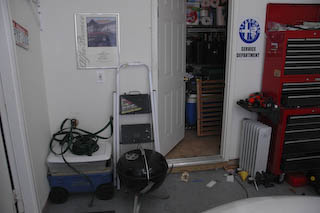 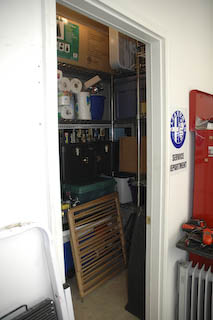 Not too shabby for a day's work. Next I have to de-grease the floor, and the garage will no longer be a giant junk closet. It will again be ready for its intended use: fixing goofy old sports cars!

Scott, is this what happens when 40 is approaching? If so, I can't wait to see more great home improvements. It looks wonderful What an improvement.

Looks good! The big question, though, is how long will it STAY that way...

Jeez, it's not like you don't have enough kitty litter there to do ten times that many jobs!! :-)

I've wanted to put wire shelving in there for years, but it took me realizing I simply couldn't work on the car because of all the stuff for me to pull the trigger. We still have space left over, and have freed up almost as much space in the house. Win all around!

The Alfa's had a year to drip gloop all over the floor. I have a big shallow pan put down, which helps, but it's still pretty messy. Some of the work I have to do will involve getting under the car, so I definitely want it goo-free before I start work.

And linear feet is just the total length of whatever you're measuring (lumber, most often). Width is, oddly enough, completely disregarded for the number of linear feet. For instance, you'd say that you need 127 linear feet of 2x4's. That would mean that if you stacked them end to end, it'd be 127 foot long and 2 inches high, 4 inches wide.

Why yes, I do like me some lumber. And math. And boobies.