I Hope This Never Rings 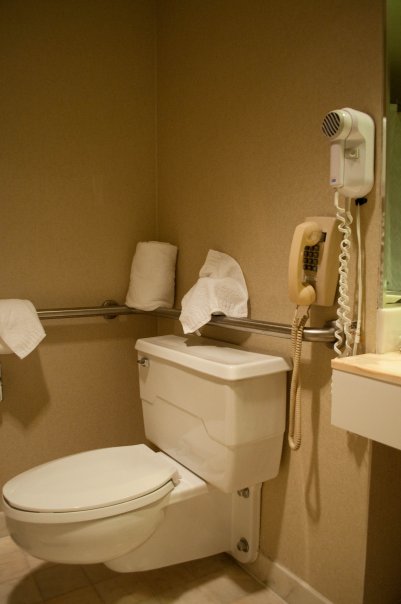 What -- doesn't everyone have a "throne phone?"

When I had a home office, I regularly took conference calls from the crapper. Hell, I was on the phone with my boss last week whilst pinching a loaf. If I'm traveling, I tend to use my cell (to avoid phone charges on the room phone), but I've got no problem using the room phone like that.

Then again, that looks to be a somewhat poorly laid out bathroom.

It would be so easy to grab the wrong one...

What she's not 'fessing up to is her dad has the same arrangement in his house, and I had to make a special trip to find a cord long enough to make that work in our apartment, back before wireless was cheap/common. It's an Italian thing.